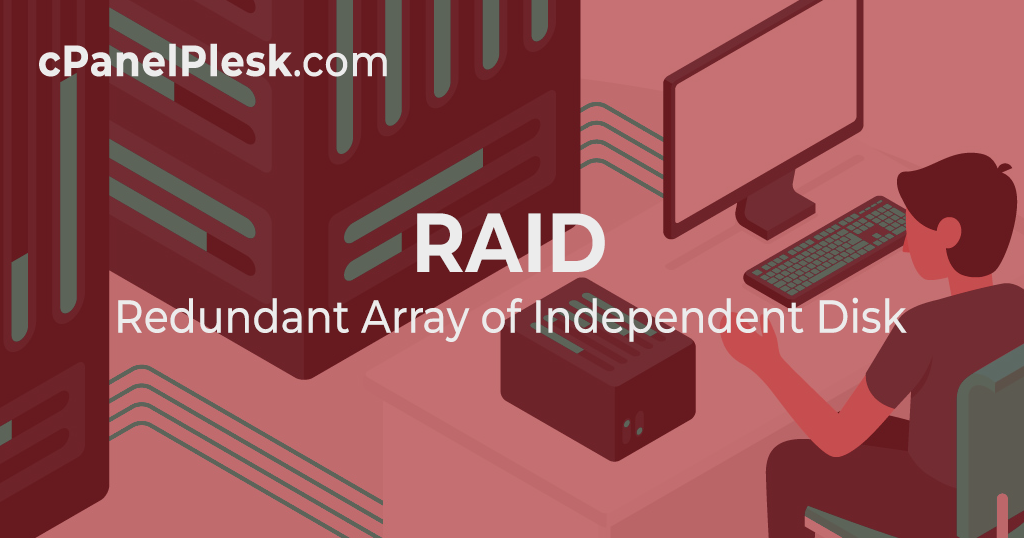 While RAID is a commonly used technique, how it is applied has changed dramatically with the emergence of Solid State Drives, Many clients have inquired about RAID, including what it is, how it affects them, and how they can get the best reliability and performance while staying within their budget. So I decided to revisit some of our previous blog entries and publish an updated version that incorporates recent advancements.

Redundant Array of Inexpensive Disks (RAID) is an acronym for Redundant Array of Inexpensive Disks. That is, RAID is a method of conceptually combining several discs into a single array. The theory is that by combining these discs, they can achieve the speed and/or dependability of a more expensive disc. The exact speed and dependability you’ll get from RAID is now determined by the type of RAID you use.

Spinning disc drives, mechanical hard drives, and Hard Disk Disks (HDDs) are commonly used in situations where speed and performance are secondary to cost. HDDs have a higher failure rate than SSDs because of physical limits and the mechanical nature of many high-speed moving parts included within them. Depending on the RAID type you employ, RAID is supposed to help with both of these concerns. Each year that a mechanical hard disc is in use, it has a 2.5 percent probability of failing. Multiple reports have confirmed this, and no single make or model differs significantly from the 2.5 percent average. In short, if you value your data, you’ll need to put some approach in place.

SSDs are commonly used in circumstances where speed and performance are more important than cost. Because they don’t have any moving parts, they can write and read data much faster than a hard disc drive (at least 8-10x faster.) And, compared to a spinning HDD, their failure rate is around.5% per year of operation, which greatly minimizes the risk.

Because of the significant differences in HDD and SSD technologies, it’s crucial to note that some RAID systems that work well with HDDs don’t work well with SSDs, and vice versa.

What Are the Different RAID Types?

RAID 0 is a method of combining several discs into a single big volume. Because you’re reading and writing from numerous discs at once, this will dramatically enhance performance. The speed and capacity of all the discs in the array can then be used by a single file. The disadvantage of RAID 0 is that it is not redundant. Any single disc failure will result in total data loss. This sort of RAID is far less reliable than a single drive.

In a server context, there are very few situations where RAID 0 should be used. It can be used as a cache or for other applications where speed is crucial but data loss is unimportant. However, it should not be utilized for anything else. With a 2.5 percent annual drive failure rate, if you have a 6 disc RAID 0 array, your annual risk of data loss has climbed to roughly 13.5 percent.

While RAID 1 can be configured in a much more intricate way, practically every use case of RAID 1 involves a pair of identical discs mirroring/copying data equally across the array’s drives. The primary goal of RAID 1 is redundancy. Even if one of your drives fails completely, the additional drive can keep you up and running.

If one of the drives fails, the broken drive can be replaced with little to no downtime. Because data may be read from any of the devices in the array, RAID 1 has the added benefit of faster read performance. The disadvantage is that you will experience a minor increase in write latency. Because the data must be written to both drives in the array, you’ll only have one drive’s capacity accessible while requiring two.

RAID 5 necessitates the usage of at least three hard discs (RAID 6 requires at least 4 drives). It is based on RAID 0, except instead of striping data across multiple drives, it stripes data across multiple drives to improve performance. However, distributing parity information among the discs also adds redundancy. There are numerous technical materials available on the Internet that may go into greater detail on how this works. In short, you can lose one drive with RAID 5, and two disks with RAID 6, and still keep your processes and data running.

The read performance of RAID 5 and 6 is greatly enhanced. However, the RAID controller utilized has a big impact on write performance. You’ll almost probably require a specialized hardware controller for RAID 5 or 6. This is due to the fact that parity data must be calculated and written across all discs. RAID 5 and RAID 6 are common choices for typical web servers, file servers, and other general-purpose systems where the majority of transactions are reading, and thus provide good value for money. This is because adding speed and redundancy to RAID 5 (or RAID 6) requires only one additional drive (or two additional drives for RAID 6).

NOTE: In a high-write environment, such as a database server, RAID 5 or RAID 6 is not the greatest option because it would degrade overall performance.

It’s worth noting that if you lose a disc in a RAID 5 or RAID 6 setup, you’ll be a seriously compromising performance to keep your environment running. Data will need to be reconstructed from parity information after the faulty disc is replaced. This will use a considerable portion of the array’s overall performance. As drives get bigger and bigger, these rebuild periods get longer and longer each year.

RAID 10 is a combination of RAID 1 (mirroring) and RAID 0 that requires at least four drives (striping). This will provide you with more speed as well as redundancy. If you want speed yet still need redundancy, this is usually the RAID level to use. Two mirrored drives hold half of the striped data in a four-drive arrangement, while the other two mirror the other half. This means that you can lose any single drive, and possibly even a second drive, and not lose any data. Like RAID 1, you’ll only have half the capacity of the drives, but read and write performance will be increased. You’ll also benefit from RAID 1’s quick rebuild time.

When Should RAID Be Used?

If uptime and availability are vital to you or your business, RAID is a great option. Backups will protect you from a data loss disaster. However, restoring huge volumes of data, such as when a hard disc fails, might take several hours. Those backups could be hours or days old, costing you all of the data that has been stored or updated since the last backup. Without data loss and, in many situations, no downtime, RAID allows you to weather the failure of one or more drives.

RAID is particularly handy if you’re having disc IO problems, where applications are waiting for tasks to be completed on the disc. Using RAID will increase your throughput by allowing you to read and write data from numerous discs rather than just one. Furthermore, if you choose hardware RAID, the hardware RAID card will feature additional memory that can be used as a cache, decreasing the pressure on the physical hardware and improving overall performance.

NOTE: We don’t recommend installing a hardware RAID card for SSD volumes because the additional cache isn’t required due to the SSDs’ high speed.

What RAID Type Should I Use?

No RAID – This is a good option if you can afford several hours of downtime and/or data loss when restoring your site from backups.

RAID 0 – If data is inconsequential and can be lost, but performance is vital, this is the best option (such as with cache).

RAID 1 – is a good option if you want to enhance data redundancy and/or read speeds without spending a lot of money. (This is a fantastic starting point for individuals wishing to boost backup performance and achieve high uptime.)

If you have Web servers, high-read situations, or exceptionally big storage arrays as a single object, RAID 5/6 is a good choice. On writes, this will perform worse than RAID 1. If you have a write-heavy environment or don’t require more space on a drive than RAID 1 allows, RAID 1 is generally the better solution.

RAID 10 – is a good all-around solution that boosts read and write speeds while also adding redundancy.

What Doesn’t RAID Do?

RAID does not imply a 100% uptime guarantee.

Nothing is capable. Another tool in the toolbox is RAID, which is designed to help minimize downtime and availability difficulties. A RAID card failure is still possible, although it is much less likely than a mechanical HDD drive failure.

Backups are not replaced by RAID.

Nothing can take the place of a well-thought-out and thoroughly tested backup strategy.

Data corruption, human error, and security risks are not covered by AID.

While backups can safeguard you from a hard disc failure, there are numerous other reasons to retain them. As a result, RAID should not be used to replace backups. If you don’t have backups in place, RAID isn’t a viable solution for you.

RAID does not always allow you to expand the array’s size dynamically.

You can’t just add another drive to the array if you need more disc space. You’ll very certainly have to rebuild/reformat the array from the ground up. Fortunately, Steadfast engineers can assist you in designing and implementing whatever solutions you require to keep your firm going.

In certain cases, you should look at SAN solutions, which many hosting companies are offering.