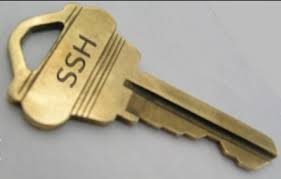 Secure Shell, is a cryptographic network protocol that we can use to access the remote machines without passwords securely.To do this we need to generate the SSH key. Using SSH, we can access the remote system’s command-prompt and run commands without access them physically. Also, we can transfer files between remote and local systems securely using Secure Copy (SCP) protocol.

This tutorial explains how to configure Passwordless SSH login in Linux. We can do this in two ways.

To increase security and to reduce the chances of being hacked. Passwords can be easily guessed or cracked by hackers, or you might forget if it’s a long and complex password, or if you don’t want to save the passwords in an unsecured place.

In password-less SSH login method, we can exchange encrypted keys instead of entering the actual password while connecting to the remote systems via SSH. So that way, nobody can easily hack or guess our passwords, because we are no more using passwords to access the remote systems.

More importantly invisible key-loggers and brute-force strikes doesn’t work for the spying sight if we use Password-less SSH login attempts.

First of all, open Terminal and run the following command to generate pair of private and public keys in your local system.

The private/public key has been generated and stored at “/root/.ssh/”.

Also, it is important to know that, you can’t use the same pair of keys for different systems. Each system’s keys are different and exclusive.

Now, copy the public key file to your remote system.

Now, ssh to your remote server as shown below.

This method is much easier than the first method, but it’s not that safe as compared to first one. In this method, we will not store the password or exchange the keys between local and remote systems. Instead, we will use the “password” as part of the command.

you can also export the password to Environment variable and ssh to your system without using the password as part of your command.

To do that, first export password to the environment variable.

Now, ssh to your remote system using below command:

You might face some issue after configuring Passwordless SSH login in Linux, I have explain some of them as below.

In case, ‘ssh’ version is different in local and remote systems, you need to set permissions for ‘.ssh’ directory of your remote system.

Run the following command, to do that:

Now, you can ssh to your remote systems without any issues.

If you still can’t ssh to remote systems for some reasons, go to your remote system, and enable SSH key authentication.

Find, uncomment and change the following lines as given below.

Save and close the file. Restart ssh service using command:

Now, Go back to the local system and try again to login to the remote machine, with the below command:

Sometimes you might facing the following error while ssh to the remote systems.

To resolve it, run the following command in your local system.

Enter the correct passphrase that you have created earlier.

That’s all, Both methods are easy to configure and use. Go ahead and give it a try.

You also like to know How To Change Direct Admin’s Default Port Number. Please check my previous article on this and also give your opinion below if you experience any issues or to discuss your ideas and experiences.